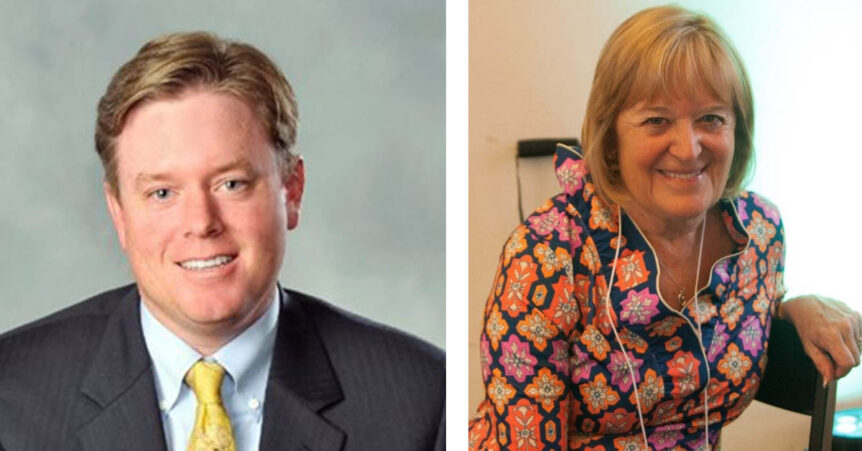 Paul W. Muse is the President and CEO of 1st Advantage Federal Credit Union, a company based in Yorktown which has over 200 employees and 14 branches. With a degree in finance from Christopher Newport, Muse has worked in banking and finance for over 19 years. He has served on the boards of the Christopher Newport University Luter School of Business, An Achievable Dream Academy, Inc., and the Williamsburg James City County Schools Advisory Council. He was named one of the “Top 40 under 40” in Hampton Roads by Insider Business Magazine.

Melinda B. Morgan retired after forty-one years of public service at the Department of Justice and other federal agencies, where she provided financial and strategic program direction to budget and legislative initiatives throughout the law enforcement communities globally. Morgan’s parents and grandparents hail from Williamsburg, and she was thrilled to retire here herself. She serves on the WCF Distribution Committee, the City’s Community Leadership Series, the Bruton Parish Vestry, and the City of Williamsburg’s Board of Zoning Appeals.

“We are thrilled to have both Paul and Melinda joining the board this year,” said Kendall Kerby, Chair of the Board. “We are also incredibly grateful to those trustees who are completing their service this year,” Kerby said.

Corinne Garland served on the board for six years, co-chairing the Distribution Committee from 2019 to 2021, where she steered WCF through its Covid-relief work. Ron Lodzieski served for 7 years, leading WCF as chair of the Board from 2018 to 2020. Ron has served on almost every committee at the Foundation, most recently on Distribution and Trustee & Governance. Rick Nahm served for 6 years, chairing the VISION 2020 Steering Committee for 5 years. Rick worked with staff and board members to develop the Vision 2020 Initiative, which raised more than double its original goal and doubled active donor households to the Foundation. Chrissy Williamson served for 6 years on the Board of Trustees, and as a member of the Distribution Committee from 2015 to 2021.

The WCF Board elected both new trustees and executive leadership at its February board meeting: Kendall S. Kerby (Chair), Jane Taylor (Vice Chair), Michele M. Orabona, CFP (Treasurer), and John H. Haldeman (Secretary). In addition, the board voted to change the title of the Foundation’s Executive Director to “President & Chief Executive Officer.” Nancy Cote Sullivan has held that position since 2004, where she has been responsible for shepherding the growth of Foundation’s assets from under $1 million to over $23.7 million today. WCF has a paid staff of three, with support from over 50 volunteers who serve on the board, finance, governance, development, distribution, and scholarship committees.